Sketchbook of a Journey

Music for Harp and Guitar

Sketchbook of a Journey is a world premier recording album of three original works for harp and guitar. There is a set of seven solo guitar preludes.

The harp and guitar pieces are “Sketchbook of a Journey,” “From a Chinese Waterfall” and “Sonata for Harp and Guitar.” “Florentine Preludes” are composed for solo guitar.

The music is described as a “serene musical experience for the listener that Debussy would have loved and praised.”

The music is composed by Anthony Sidney, a classical and jazz guitarist and recipient of a Sony Lifetime Achievement Award. Music is performed by Gretchen Chell Cover, harp and Miguel Bonachea, guitar.

Sketchbook of a Journey is a seven piece work that is a “sketchbook of an imaginary journey in places and times between imaginary and reality,” says Sidney. “Winds of Andalucia” and “The Cloister of San Esteban” are derived from real places in the Mediterranean region while the other five pieces are part of a dream in which the imagination leaves from the first piece, “Port Seagull” and comes back with the last piece “Returning.”

From a Chinese Waterfall is a fanciful musical story of a watercolor painting of a waterfall in China. It is enclosed in a bottle and thrown into the water. The bottle travels by rivers and seas until found by lovers on the coast of Ireland years later. You hear the sound of the orient followed by a short guitar interlude that transitions the music to a lighter Celtic style.

Sonata for Harp and Guitar is influenced by French artists Odilon Redon and Emile Galle as well as the city of Paris. Throughout the score are descriptive phrases such as “candlelight on a glass vase, shadows of leaves dance on the walls, beauty in the darkness of night

Anthony Sidney draws inspiration for all his music from every aspect of the arts; painting, poetry, architecture, music, and life. He is also very inspired by the bells of Florence which are represented by the harp through the album, particularly in The Cloister if San Esteban and the fourth movement (Light Dark Light) of Sonata for Harp and Guitar.

The title piece, Sketchbook of a Journey, and Sonata for Harp and Guitar were commissioned by harpist Gretchen Chell Cover and dedicated to her and guitarist Miguel Bonachea. The album was mastered by four-time-Grammy winner Christopher Willis, who also served as recording consultant. 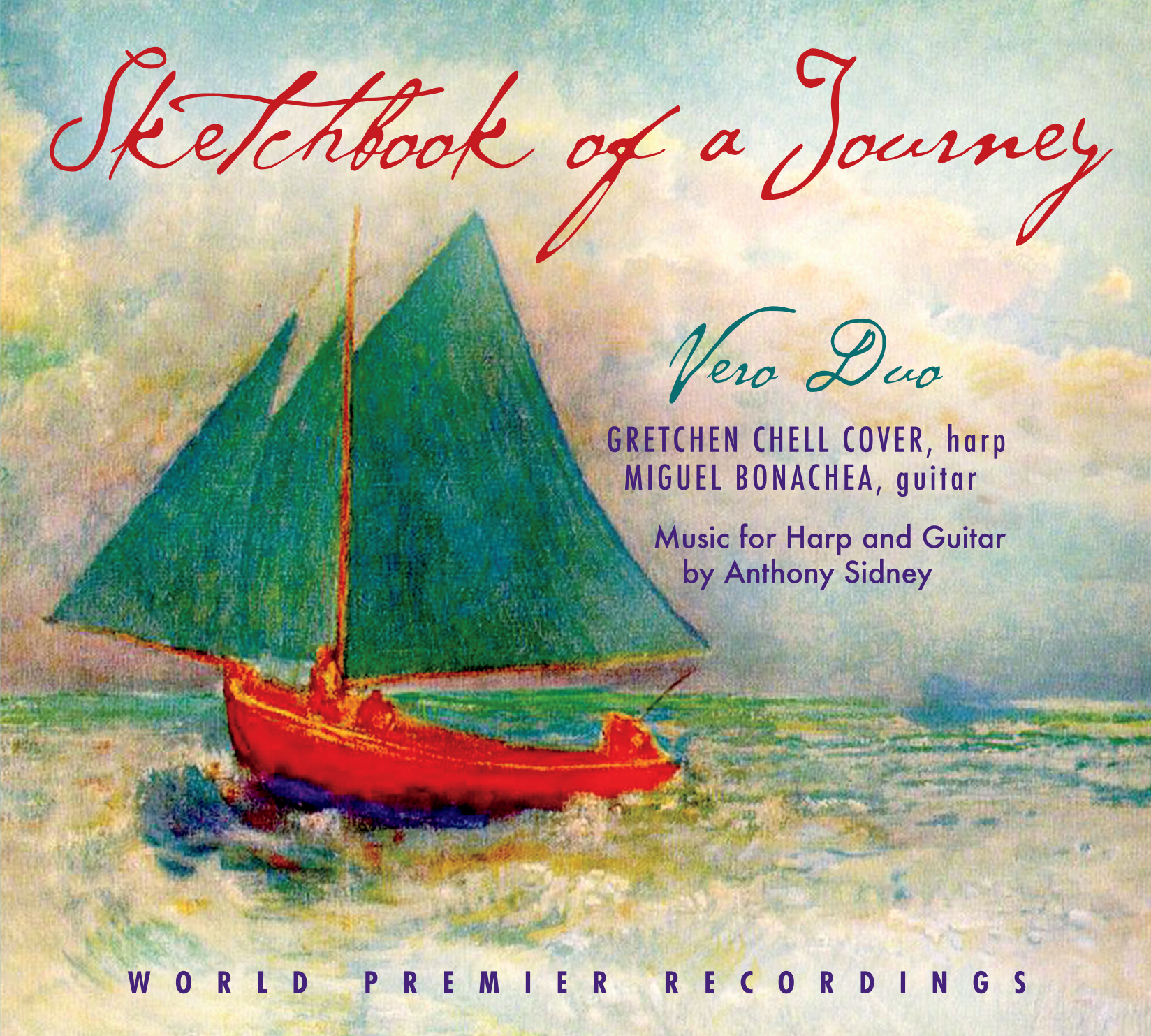